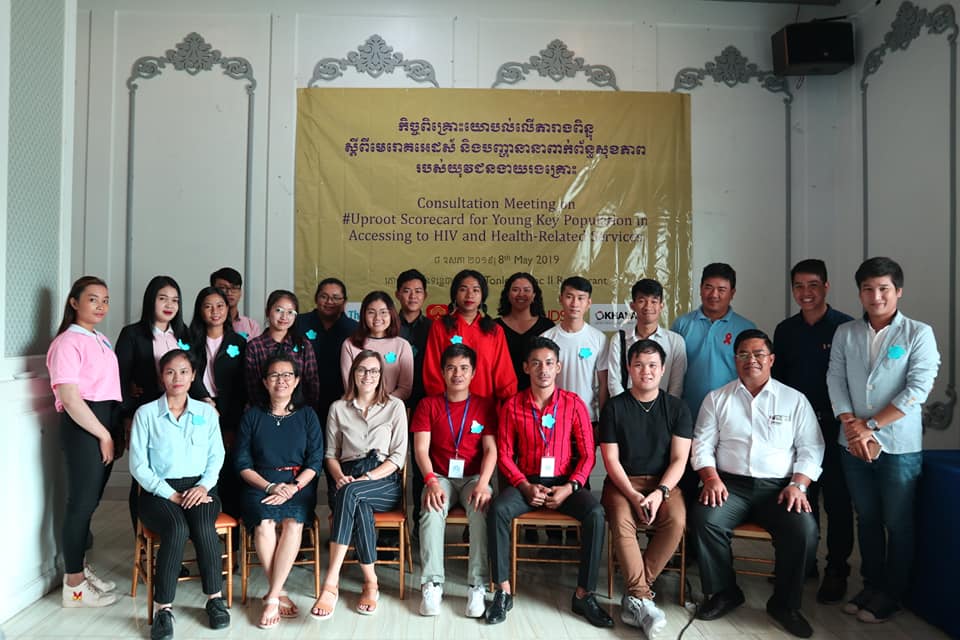 The report cards were developed through a youth lead process and is expected to be implemented at the country level by young people. The result of this report tool summarizes the steps taken by a state to achieve the commitments that it has agreed in the 2016 political declaration on HIV. The findings could be used to develop advocacy strategies to be used by young people to advocate with their governments.

The audit tool used to score the country contains five themes or categories: Laws and Policies, Participation, Partnerships, Beneficiaries and Leaders. The audit tool allows for both quantitative and qualitative data to be inputed, assessing if the country is on track or off track in achieving the commitments set forth in the 2016 political declaration on HIV. For the implementation the score cards in Asia, Youth Voices Count and UNAIDS Asia Pacific led the process in close collaboration with our implementing partners in the five countries. These are Myanmar Youth Stars (Myanmar), KHANA (Cambodia), Diversity and Solidarity Trust (Sri Lanka), Association of People Living with HIV/AIDS -APL+ (Laos), and Center for Human Progress (India).

After successfully undergoing an online training on how best to implement the score card, the youth implementers have worked hand-in-hand with UNAIDS country teams to invite young people and develop an engaging, youth-centered approach to the score card�s implementation. As of writing, only our colleagues in Myanmar and Cambodia have implemented the score card last April 22 and May 8, respectively. The other countries will soon follow their implementation.

To share some of the results and learning points from the scorecard implementation in Myanmar, some of the findings have concluded that myanmar is off track to ensuring enabling environment, including protective laws and policies to guarantee young people�s access to HIV and sexual and reproductive health and rights and meeting the country�s commitment in the 2016 Political Declaration on HIV/AIDS. They have also derived from the consultation that young people, including adolescents are not significantly benefitting from the national HIV response and may jeopardize the achievement of the commitments agreed in the 2016 Political Declaration on HIV/AIDS.
?
Youth Voices Count has learned through the implementation of the scorecards that young people of diverse identities and those most affected with HIV and AIDS, including young MSM, young transgender, young sex workers, young persons who inject drugs, young people in rural communities and students, have to lead in the response and monitoring of state commitments concerning young people and HIV/SRHR. This is one of the most effective ways to ensure that young people are at the forefront of the response and have full control of their sexual and reproductive health and rights.