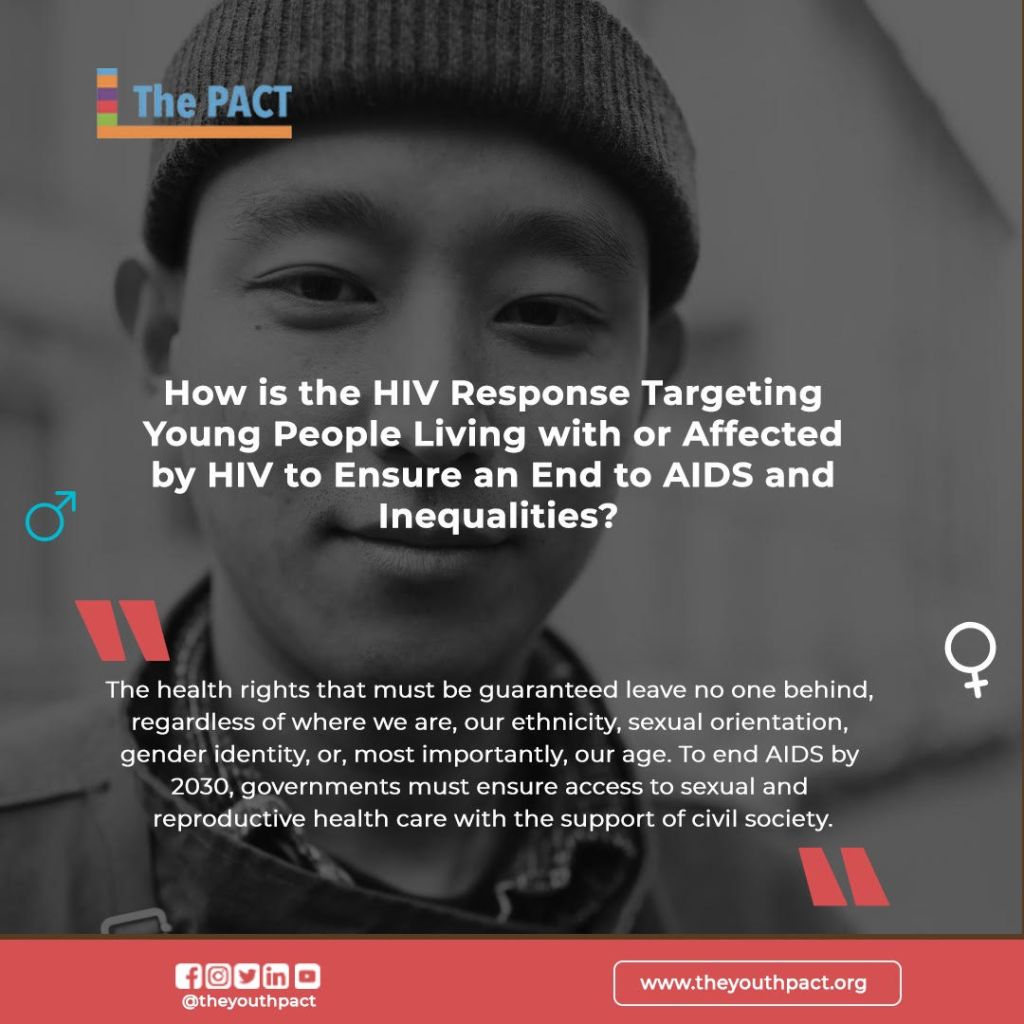 During this process, we asked five young HIV response leaders about the situation in their region. They exchanged vital information and key messages that they wished to convey to the rest of the world. It is important to note that, according to the UN, young people will account for 33% of the world’s population in 2020, making them the world’s largest demographic.

How is the impact of the lack of access restrictions and punitive legislation? In this section, we interviewed five different young people from various countries and regions. They wanted to expose the reality that today’s children, adolescents, and young people face.

Across the world, we have different situations, and depending on the region, the problems are either bigger or not. We discovered interesting data while researching the UNAIDS data base that will help us guide what the reality is for young people living with or affected by HIV around the world, including the young key population.

For laws requiring parental consent for adolescents to access sexual and reproductive health services, where 24.1% of the countries around the world do not require it, 17.4% yes, for adolescents younger than 18 years, but 35.9% do not have data.

Approximately 6.7 million children, adolescents, and young people worldwide are infected with HIV, with children and adolescents accounting for 50.75 percent of the total and young people accounting for 49.25 percent. However, in order to guarantee the abolition of AIDS by 2030, we must have access to HIV testing without fear of our parents discovering our serologic status or being concerned because an adolescent or young person becomes sexually active. Whereas 27.3% of countries claim to have laws requiring parental consent for adolescents younger than 18 years to access HIV testing, 0% claim to have no such laws.

In these interviews that I did with the five leaders, Doreen expressed that, “Most people, especially those who are part of the key population, in most parts of Africa, have limited or no access to HIV and AIDS because of the laws that are in place.” Africa needs to change its laws, especially in accessing SRHR services for young people, because they need to be 16 years old to have guaranteed access to the SRH services.

Young people from around the world stressed the importance of providing young people living with or affected by HIV, as well as young key populations, with access to comprehensive sexual and reproductive health care in order to ensure that young people are involved in the HIV response.

The health rights that must be guaranteed leave no one behind, regardless of where we are, our ethnicity, sexual orientation, gender identity, or, most importantly, our age. To end AIDS by 2030, governments must ensure access to sexual and reproductive health care with the support of civil society.

In this link, I created a video in which I reflected on the reality and their suggestion for ensuring the human rights of people living with HIV all over the world: https://bit.ly/3uicR6j