by Setia Perdana, Youth LEAD   While young people make up only 16% of the global population, we represent 34% of people acquiring HIV each year (1). In sub-Saharan Africa, which is home to more than 70% of the world’s young people living with HIV, young women and girls is on average 3 times higher […]

Taking Root, Branching Out: The development of young key population-led organisations in the Asia-Pacific region. 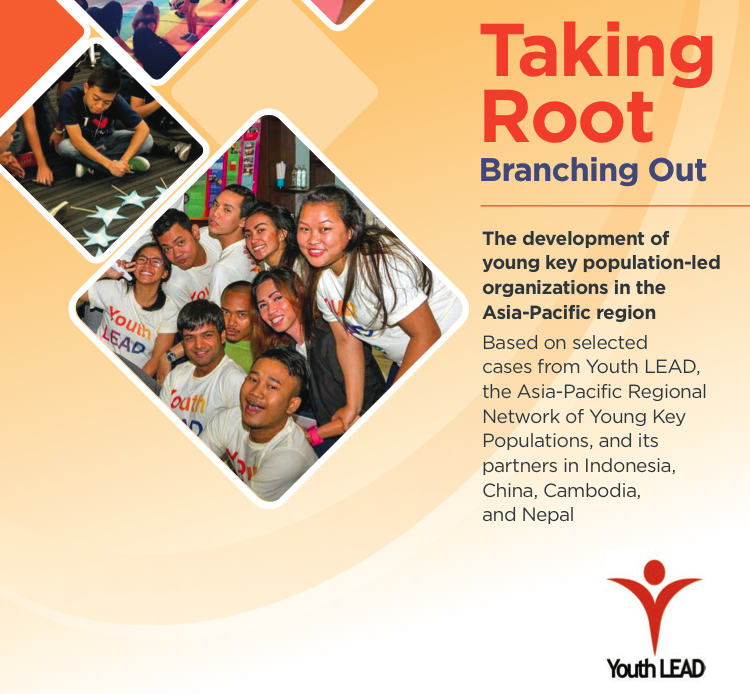 Author: Youth LEAD   Youth LEAD Launches Report Highlighting the Tenacity and Hard-Work of YKP-led Organizations Young key population-led organizations continue to grow and develop as instrumental actors in the response to HIV in the Asia-Pacific region. BANGKOK, Thailand – May 23, 2017 – YouthLEAD launches “Taking Root, Branching Out” an engaging report on the development of young […]

Today is International Transgender Day of Visibility, a day which brings attention to the global oppression of transgender people and our increased risk of abuse, violence, and discrimination. This blog is written by Renae Green, member of ACT! 2030 Jamaica. Renae is a 25 year old human and Trans rights advocate currently working as a […]

The UN General Assembly Special Session on drugs: an opportunity for change

By Ricardo Baruch (The PACT) and Murtaza Majeed (Youth RISE) Two very important meetings are scheduled in 2016: the United Nations General Assembly Special Session (UNGASS) on Drugs and the High Level Meeting on HIV/AIDS. Both will take place in April and June consequently in New York. All Member States will discuss what should be done at the […]

The Global Youth Survey and the analytical report as an outcome, has been conducted as appointed by the United Nations Joint Programme on HIV and AIDS (UNAIDS), in collaboration with UN Population Fund (UNFPA), United States Agency for International Development (USAID) and the PACT. It aims to map youth ­organizations involved in condom­ promotion and distribution, as […]

By Ricardo Baruch and Lindsay Menard-Freeman For the fourth time in history, the 71st Session of the General Assembly of the UN will put AIDS on the table and discuss what is needed in order to respond in a better way to one of the most terrible epidemics in history. Adolescents and young people are one of […]

by Daniel Tobon Garcia (Youth Coalition for Sexual and Reproductive Rights)Two year have passed since different youth-led and youth-serving organizations working on HIV and SRHR, with a focus on youth, came together in Tunisia under the lead of the UNAIDS youth team. The PACT was formed as a network within the HIV, SRHR and youth movement that […]